This Klezmer-folk music-theatre hybrid starring Hamilton’s own genre-bending sensation Ben Caplan is inspired by the true stories of two Jewish Romanian refugees coming to Canada in 1908. Old Stock: A Refugee Love Story is a humourously dark folktale woven together with a high-energy concert about how to love after being broken by the horrors of war. Get your Tickets to Old Stock

Pogrom is a Russian word meaning to wreak havoc and destroy violently. The word is most commonly used to reference brutal attacks on Jewish people between 1881-1921 in Russia and Eastern Europe. These mob attacks wiped out entire Jewish communities. As the pogroms became more frequent, millions of Jews were forced to leave their homes in search of safety. The Holocaust is often referred to as “The Last Pogrom”.

By WWI, Canada’s Jewish population was over 100,000.  While Canada was a new home, many Jewish refugees were met with antisemitism and continued marginalization.

Over the next hundred years Canada would accept thousands of refugees escaping war and persecution from places such as Hungary, Chile, Uganda, Vietnam, and the former Yugoslavia.

Today, Canada is settling refugees from conflict zones including the Middle East and North Africa. Unfortunately, Islamophobia and xenophobic attitudes are still alive and well in Canada -making the transition even more difficult for refugees from these areas.

The Wanderer, guitar and banjo

Ben Caplan released his first studio album in 2011 and has spent the last ten years recording music and performing in music clubs and theatres around the world. For the ten-year anniversary of his first music release, Caplan has recorded a retrospective collection of stripped back re-interpretations of songs from across his catalogue. The album, entitled Recollection, will be released in October of 2021 followed by an extensive European and Canadian tour.

Christian Barry is a multi-award-winning director and theatre-maker from Halifax, Nova Scotia. His productions have toured to prestigious festivals and theatres around the world. Christian was nominated for four individual Drama Desk Awards in 2018, including Best Director, and received a nomination for Best Production. Other select awards: Dora Mavor Moore Award for Outstanding Production, multiple Toronto Theatre Critics’ Awards including Best Director, Three Theatre NS Merritt Awards for Outstanding Direction (nine nominations), Two for Outstanding New Play, and two for Outstanding Lighting Design. Christian received the Halifax Mayor’s award for an Emerging Artist, the Urjo Kareda residency at the Tarragon Theatre, and is a winner of the Nova Scotia Masterworks Award – the largest arts prize in the province. He was also a finalist for the 2019 Siminovitch Prize for Directing. Directing credits for 2b: Old Stock: A Refugee Love Story, What a Young Wife Ought to Know, The God that Comes, Homage, Revisited, The Russian Play, The Story of Mr. Wright, East of Berlin, Manners of Dying, and Cherry Docs. Laura is a freelance director and co-artistic director of Keep Good (Theatre) Company in Halifax, Nova Scotia. Her recent directing credits include Crypthand (Galeforce Theatre), Love and Information (The fountain school of performing arts), The Children (Keep Good (Theatre) Company), Miss N’ Me (Eastern Front Theatre) Interactions with Art (Halifax Theatre for Young People) Time of Trouble (Opera Nova Scotia) Constellations (Keep Good (Theatre)Company). She recently completed a year at the Stratford Festival working as an assistant director under Nigel Shawn Williams and was a member of the Michael Langham Workshop for Classical Direction. In 2015 she graduated from The Royal Conservatoire of Scotland in Glasgow with a masters in theatre directing.

Hannah Moscovitch is an acclaimed Canadian playwright, TV writer and librettist whose work has been widely produced in Canada as well as around the world. Hannah has been the recipient of numerous awards, including the Governor General’s Award, Trillium Book Award, the Nova Scotia Masterworks Award, both The Scotsman Fringe First and The Herald Angel Award at the Edinburgh Festival, and the prestigious Windham-Campbell Prize administered by Yale University. She has been nominated for the international Susan Smith Blackburn Prize, New York City’s Drama Desk Awards, and Canada’s Siminovitch Prize (twice). Past stage work includes East of Berlin, This is War, Bunny, What a Young Wife Ought to Know, Sexual Misconduct of the Middle Classes, and her confessional work for the stage, Secret Life of a Mother (with Maev Beaty and Ann-Marie Kerr). Hannah has been a Playwright-In-Residence at Tarragon Theatre, in Toronto, since 2007. William is member of the IATSE Local 58 and Local ADC 659. Christine is a stage manager based in Kjipuktuk/Halifax. Some of her favourite and most recent credits include 6 seasons with Blyth Festival, Old Stock, When it Rains, Invisible Atom, Unconscious at the Sistine Chapel (2b), Woman in Black, Calendar Girls (Neptune Theatre), Hamlet (Below the Salt), The Children (Keep Good Theatre), The Boat (TNB/Neptune), Bittergirl (Charlottetown Festival) and 12 international tours with Mermaid Theatre of Nova Scotia. She has twice received the Merritt award for Best Stage Manager, most recently in 2014. Christine currently is a part time teacher and production coach in the theatre department at Dalhousie University. She is a graduate of the University of King’s College and the National Theatre School of Canada 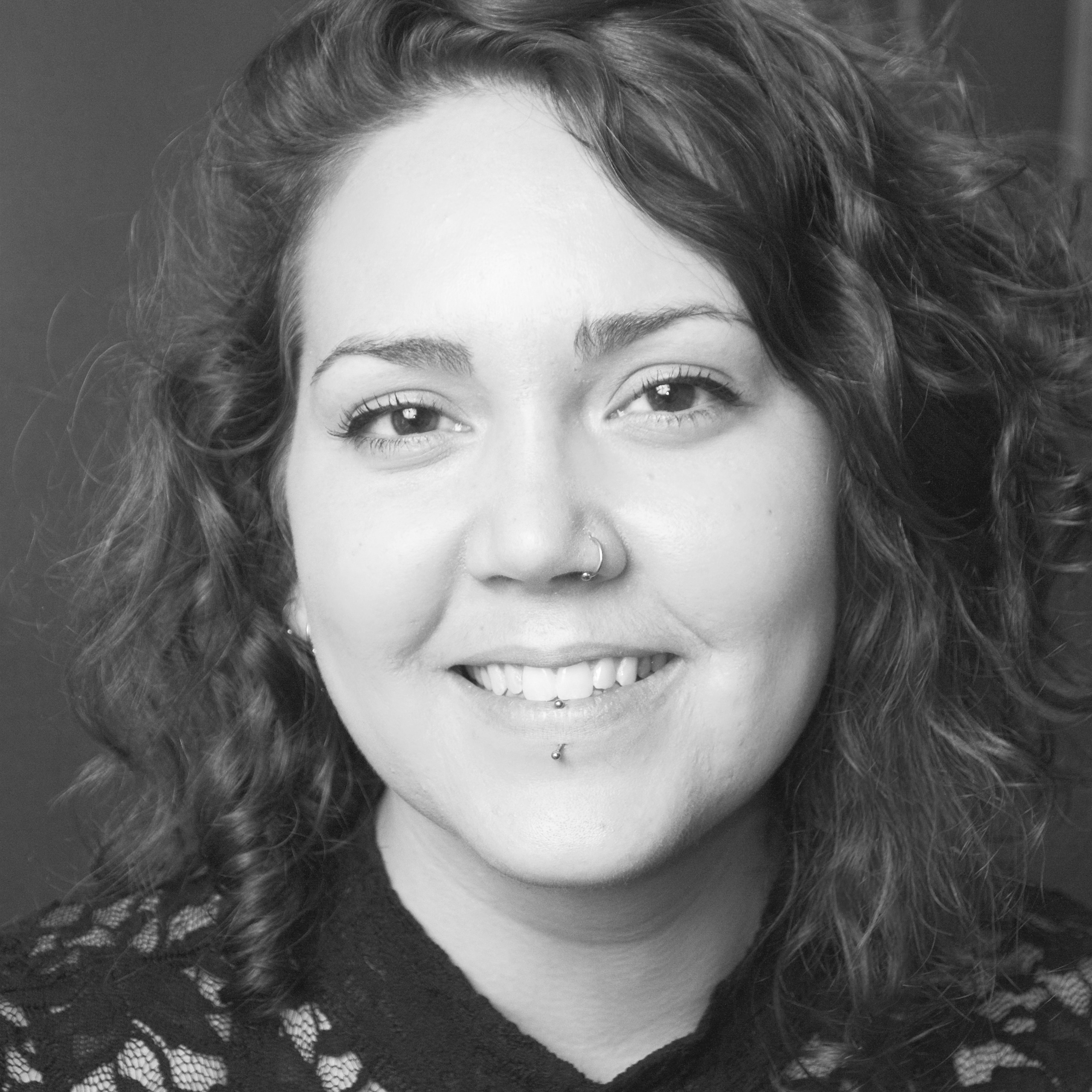 Carly Beamish is a Costume Designer and Builder. She completed her B.A. in Costume Studies at Dalhousie University but now lives and works in Toronto. Carly has stitched and dressed shows at Mirvish Theatre (Book of Mormon, Piaf/Dietrich, Anastasia), designed costumes for Lifetime movie A Killer In My Home and recently had the pleasure of stitching on Ross Petty’s Little Red Robin Hood, The National Ballet of Canada’s Swan Lake and Stratford’s Chicago. Notable treasured positions from her time in Halifax include Stitcher at Neptune Theatre (Cinderella, Beauty and the Beast, Shrek, Great Expectations); Dresser and Head of Wardrobe for Symphony Nova Scotia’s The Nutcracker; Costume Designer/ Builder for local productions (Waiting For Bardot, Playing House, EDNOS). Carly is thrilled to have had the opportunity to work with such an extraordinary team of artists on Old Stock: A Refugee Love Story. Louisa is a theatre maker & manager, a collaborator in design & production, a builder of systems & spaces, an instructor & consultant based in Kji’puktuk/Halifax N.S. Eric is very excited to be a part of 2b theatre’s Old Stock. He is a graduate of the American Musical and Dramatic Academy where he studied theatre in NYC and LA. He has been a musician for as many years as he has been a performer, so this opportunity is an exciting one. Previous credits include: Annie, Honk!, Snow White: the Panto, Peter Pan: the Panto (Drayton Entertainment), Key Change (Globe Theatre Regina), Hollywood Hits (Stage West Calgary). Huge thanks to the entire Old Stock team and as always, special thanks to family and friends for their constant support. This one is for Grandpa Da Costa. Graham is a Brooklyn-based multidisciplinary musicmaker. When he really wants to pull out all the stops for breakfast, he deploys his friend Allison’s sourdough pancake recipe! The night before, he prepares by dissolving 1tbsp of yeast (or 2tbsp of sourdough starter!) in 2 cups of warm water, then adds 1tbsp of yogurt and 2 cups whole wheat flour, beating until smooth, then covering loosely to let sit on the counter overnight. In the morning, he stirs together 1 cup whole wheat flour, 1/2tsp baking soda and 1tsp of salt, then mixies this together with last night’s batter and lets it rest 15 minutes before cooking on a seasoned griddle over medium heat. He flips them over when the top is no longer shiny, et voila—perfect sourdough pancakes! Shaina is thrilled to be playing Chaya and telling the story of Jewish immigrants like her own Bubbe and Zaide. Since graduating with a BFA from the Acting Conservatory at York University and the Professional Theatre Program at Citadel Theatre/Banff Centre, Shaina has been working as an actor, singer, songwriter and writer. Favourite acting roles include: Charlotte (Charlotte: A Tri-Colour Play with Music – Theaturtle, European Tour); Juliet (Romeo & Juliet – Citadel Theatre); Toba (Chasse Galerie – Soulpepper/Storefront Theatre, MyTheatre Award Nomination Outstanding Performance/ Dora Award Best Ensemble). She is also the lead singer/songwriter for electro-pop band Ghost Caravan. Her single “Damn You” was Song of the Week on CBC Radio and 3 of her songs were featured in season 3 of “Kim’s Convenience” (CBC, Netflix). Upcoming she will be co-writing and starring in new digital series Less Than Kosher (Filmcoop/ HighballTV). For Josh, Emi, Mom and Dad. @shainasb and @ghostcaravan